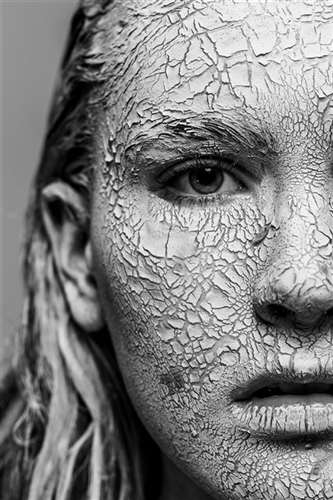 Jenna Davis, a junior at Lincoln-Way West, was recently recognized with a Gold Medal Scholastic Award at the national level for one of her photographs.

This year, the Alliance for Young Artists & Writers saw more than 80,000 students submit nearly 230,000 works of art and writing to the 2020 Scholastic Competition. Jenna's photograph, titled “Vulnerability,” was one of only 2,000 works to receive a National Medal, which places her within the top 1% of all submissions.

Since 1923, the Scholastic Art and Writing Awards have celebrated teen artists and writers from across the country. Jenna is now part of that legacy, joining the ranks of notable alumni including Stephen King, Charles White, Joyce Carol Oates, and Andy Warhol -- all of whom won Scholastic Awards when they were teens.

"We are so proud of Jenna and excited that she has been recognized with such a prestigious award. Only 2,000 works received national recognition and about half of those were given the top Gold Medal Awards, so that speaks even more to Jenna's talent and hard work," said Phil Labriola, Art Department Chair.