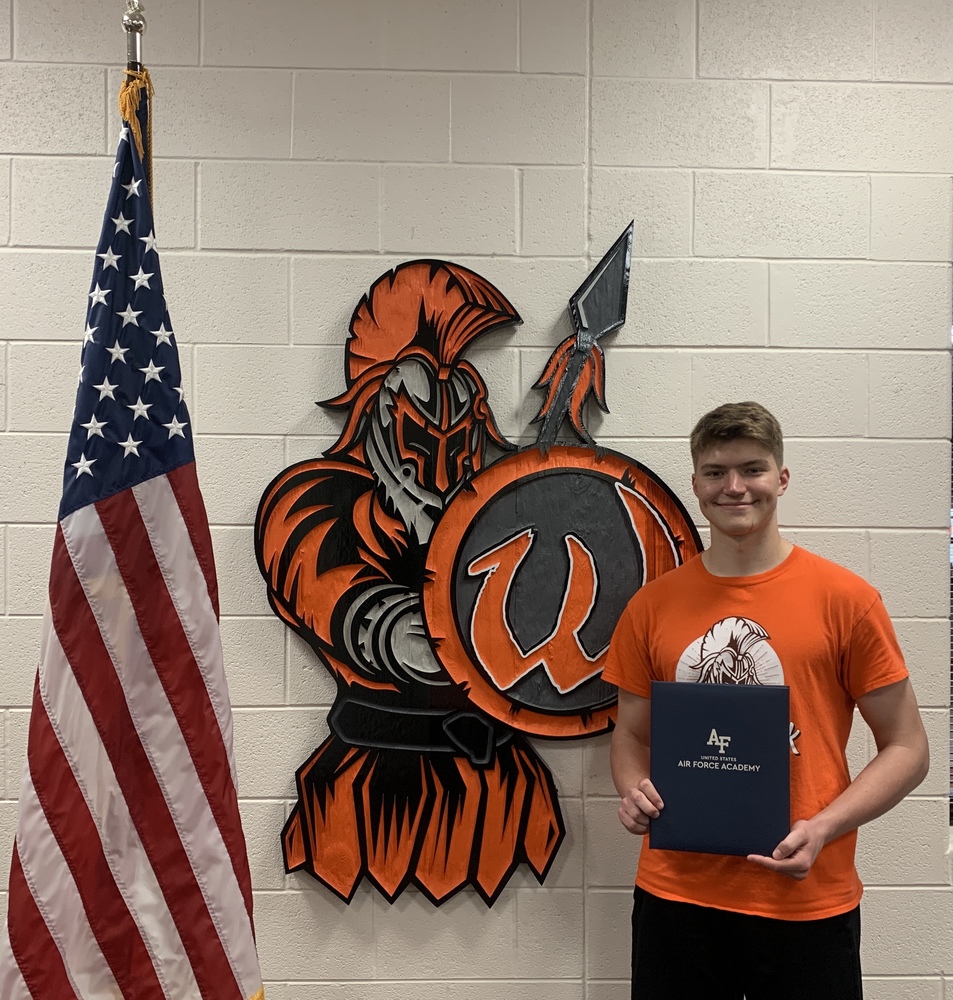 Logan Clarida is a few days from his graduation from Lincoln-Way West High School and weeks away from heading to the United States Air Force Academy in Colorado Springs, Colorado.  Logan was on the bus with his AFJROTC classmates when he opened the email with the news of his appointment to the US Air Force Academy.  The excitement of his dream becoming a reality was overwhelming.  Senior Aerospace Science Instructor, Lieutenant  Colonel Constantine Tsoukatos shares, “The Academy is a world-class institution of higher learning that takes students from a diverse background and molds them into future leaders.  Applicants are well-rounded individuals who demonstrate high academic, physical, and moral characteristics.  Logan has proven himself as an excellent candidate who earned his appointment.”

The application process is a challenge.  Last year, there were over an estimated 10,700 applicants seeking a spot in the Air Force Academy’s Class of 2024.  It was estimated that the acceptance rate for last year calculates to a 10.7%. Tsoukatos stated, “I am very proud of all Logan has accomplished and was honored to be a part of the process to get him there.  From helping him through his application, writing a letter of recommendation, and conducting his physical fitness assessment, it was inspiring to see a young man pursuing his dream, and then that dream becoming a reality.”  Logan's scholarship covers approximately $415,000 for the Air Force education.

Logan’s AP Literature teacher Phil Guimond sees endless potential in Logan and the future ahead of him.  "Logan introduced the term 'responsibility' on the first day of school. He spent the rest of the year defining it." Guimond said.  "Logan made my job easy all year. He's smart and respectful, determined and curious. I would take a classroom full of Logans, and if he's headed to the United States Air Force Academy, then the sky's the limit."

Congratulations Logan on your appointment to the United States Air Force Academy!